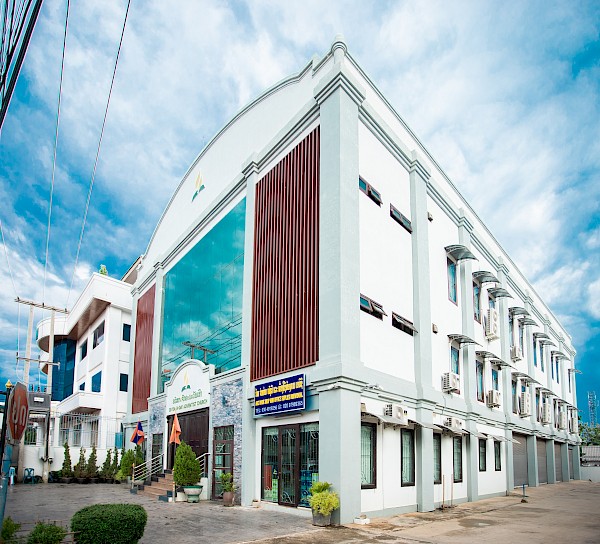 Inspired by the “Mission to the Cities” and “Urban Center of Influence” initiatives introduced by the General Conference Adventist Mission, local churches in Vientiane developed new strategies and centers to share the Adventist lifestyle with people living in the capital city of Laos.

Recently, a business owner and their family learned about Jesus Christ through the urban outreach of the church. In April 2021, they decided to commit their lives to God through baptism. People joining the church in Laos often come from rural areas, minority groups, or people with economic challenges. This baptism marks new success in the mission to reach the majority, urban, middle, and upper-class people in Vientiane.

This occasion inspired the church to increase its outreach activities to bring its message of hope to rural dwellers and those in the cities as well. Church members are designing new strategies to bring the Adventist message and lifestyle closer to the public.
One such plan is a mobile book shop, using a minivan to bring Adventist books and other health and lifestyle resources to the community. Young people are also excited to be a part of the initiative. They have developed sports and social group meetings to foster friendship among attendees.  The church members in Vientiane plan to offer free classes in English, music, and multimedia.

April also brought new growth and mission effectiveness in the rural work in Laos. After more than 200 individuals expressed their openness to learn more about Jesus, unprecedented baptisms took place among the Hmong tribe. These baptisms came from one village in the province of Salavan more than 670 kilometers southeast of Vientiane and another district some 270 kilometers northeast of the capital.

These places are home to Adventist communities whose members have experienced persecution in the past. Despite the challenges, the members remained steadfast and today the church is reaching out to the communities with the message of hope and healing in Jesus.

In the village, over 120 individuals were baptized. There were no pools or rivers nearby, but the members got creative and fashioned a baptistry out of an inflatable swimming pool. In the district, 80 villagers committed their lives to Jesus following the baptism of a village chief several months earlier.

These baptisms among the Hmong tribe are seen as a significant stride forward for the Seventh-day Adventist church in the country of Laos.

Laos is a Southeast Asian country bordered by Cambodia, China, Myanmar, Thailand, and Vietnam. There are more than 1,000 Adventists, four officially organized churches, and many house congregations scattered in 14 out of the 18 provinces of this country of 7 million.