A man of mission: Remembering the life of Pastor Xadoualee Vanxaypaserth

Pastor Xadoualee Vanxaypaserth was a man who loved Jesus, but even more, he was a man who wanted others to find that same hope he found in Christ – regardless of the trials that come with it.

Born on December 15th, 1964 at Phoukur Village in Laos, Xadoualee came from a society who followed the practices of Shamanism. After one unique encounter, his life drastically changed. While randomly listening to his radio, his attention was caught by a program which talks about a loving God who died for all of us. After being moved by this powerful message, Xadoualee and his wife decided to accept Christ in baptism in 1992. When his friends and relatives learned about his family’s decision, they forced his family out of the village as a sign of dismay for their radical decision.

Xadoualee and his family moved to Namthouam Village. It was in this place that his knowledge about Christ started to grow even more. He read the commandment found in Matthew 28:19-20: “Go and make disciples of all nations…”. Xadoualee took this commandment by heart and made this his personal mission. He started sharing the gospel with fervent enthusiasm and eventually led five families to accept Jesus. The village officials learned about what Xadoualee is doing. This made the officials unhappy and even threatened his family. Despite the challenges his family faced, Xadoualee refused to give up his faith and instead brought three more families to Christ. His persistence outraged the officials, which led them to arrest him and sentence him to five years in prison.

While spending his time in jail, he saw this as an opportunity to strengthen his faith and to share what he believed in. He made friends with other prisoners who were arrested for the same reason and studied the Bible with them through sign language. When Xadoualee was released from prison, his passion for the work didn’t falter but instead grew even stronger to continue sharing God’s love.

Time went by and in 2000, Xadoualee moved his family to the capital city of Laos: Vientiane. Xadoualee’s journey in seeking for truth was growing day by day as he meets people in his daily activities. One day, while working in a fruit farm, Xadoualee met a man who goes to church on a Saturday. The man shared to him Bible verses which talk about the true Sabbath. This caught Xadoualee’s attention and zealousness to dig deeper and study more about this Sabbath worship. Xadoualee studied the Bible and started attending the Phonxay Seventh-day Adventist church. After days and weeks of studying what this Sabbath is all about, Xadoualee and his family accepted baptism in 2001 as Seventh-day Adventist Christians.

This new faith gave Xadoualee a new passion for mission. He became a missionary pastor and went around Laos preaching the Sabbath message which impressed him so much. The task was never easy. He faced threats and imprisonment time after time, but not once did he think about stopping.

In 2016, Xadoualee decided to go back to his home village to share the good news; but he was not welcomed. Xadoualee prayed that God will allow him to share the message somehow before he leaves the village. After his prayer, God impressed him to leave four MP3s  containing sermons which discuss topics on the Sabbath.

After a year, Xadoualee received a call from a man who received one of those MP3s. The man expressed his eagerness to find out more and learn about the 28 Fundamentals Beliefs of the Seventh-day Adventist church. Xadoualee offered him Bible studies, and not long after that, the man accepted Christ in baptism. Today, Phoukur, that same village that despised him and rejected him twice, now have their own church with 40 faithful members. All because of a man who loved God and purposely made it his mission to bring others to his Savior. 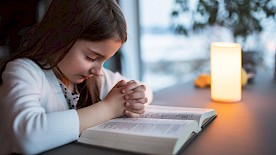 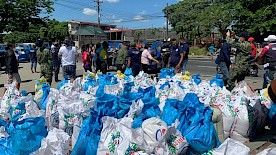 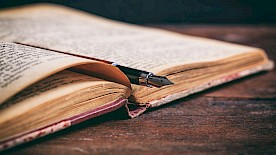