Thousands of families are evacuated and neighboring communities are advised to take extreme precautions as Taal volcano started spewing sulfuric ashes Sunday, January 12, 2020 at around 5: 30 in the afternoon affecting several provinces in the southern Luzon area.

The island volcano, one of the most active volcano in the Philippines, sits in the middle of the caldera, offers a breathtaking sight, when viewed in Tagaytay ridge in Cavite, in the northern part of the Philippines.

Currently, there are no reports of casualties from local government units. 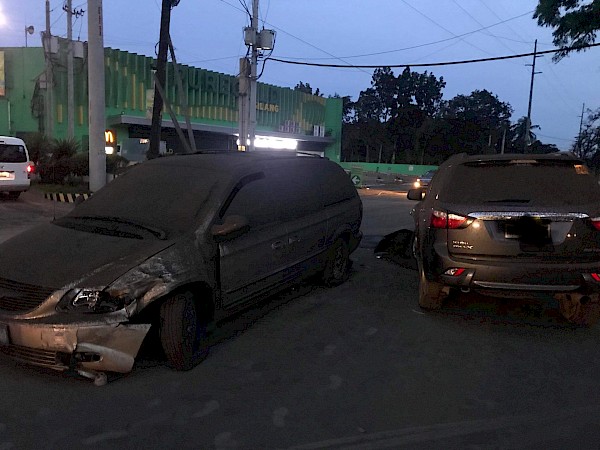 ADRA Philippines is now assessing situation as to how they can effectively extend help and assistance to those affected by the eruption. Updates will be posted regularly to inform Adventists of the situation.

The Philippine Institute of Volcanology and Seismology (PHIVOLCS) raised the alert level to level 4, which means a hazardous explosive eruption is possible within hours or days. Taal volcano displayed heightened activities beginning with an eruption reaching a kilometer above its crater.

PHIVOLCS reported 47 minor tremors as of Monday morning and 47 minor tremors as of Sunday. Residents within the 14-kilometer radius of the volcano's crater were forced to evacuate due to high risk of a volcanic tsunami and too much exposure to volcanic elements. Local government units were mobilized to assist evacuation and distribution of relief goods for families displaced by this calamity. Local authorities have not issued any reports regarding casualties or death as of the moment. Flight authorities in the Philippines put all flights on hold after Taal's explosion.