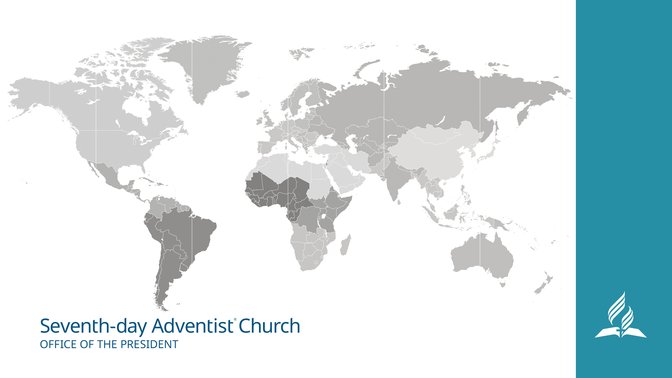 The question of military service arose early in the history of the Seventh-day Adventist Church. Officially organized in 1863 during the height of the United States’ civil war, the new denomination almost immediately had to wrestle with how its members would respond to the call of arms.

As with other difficult questions, the pioneer leaders studied the issues using the Bible as their guide and concluded the position most consistent with Biblical principles was noncombatancy (the conscientious objection to bearing arms).

By 1864, the young church had successfully appealed to the United States’ federal government for an official designation of noncombatancy, a position that it has consistently held ever since.

In the years following the Second World War, the Seventh-day Adventist Church further elaborated on its noncombatancy position by approving a document, “The Relationships of Seventh-day Adventists to Civil Governments and War,” at the General Conference Session in 1954. The statement was reaffirmed and further refined at the 1954 and 1972 Annual Council of the General Conference Executive Committee. The statement reads, in part:

“Genuine Christianity manifests itself in good citizenship and loyalty to civil government. The breaking out of war among men in no way alters the Christian’s supreme allegiance and responsibility to God or modifies their obligation to practice their beliefs and put God first.

“This partnership with God through Jesus Christ who came into this world not to destroy men’s lives but to save them causes Seventh-day Adventists to advocate a noncombatant position, following their divine Master in not taking human life, but rendering all possible service to save it.”

“Noncombatant service” is defined as “(a) service in any unit of the armed forces which is unarmed at all times; (b) service in the medical department of any of the armed forces . . .; or (c) any other assignment of the primary function of which does not require the use of arms in combat; provided that such other assignment is acceptable to the individual concerned and does not require them to bear arms or to be trained in their use.”[1]

In addition to taking a noncombatancy position, the Seventh-day Adventist Church encourages its members not to join the military. Nevertheless, it is not a test of church membership. The Church “does not seek to be the conscience for any member or commander, but rather seeks to inform the conscience and behavior of both, so decisions can be made with maximum understanding and thought.”[2]

The Seventh-day Adventist Church understand that in some countries, noncombatancy options are not available, and Adventists are required to serve in their country’s military. Even then, these young believers are encouraged to find ways to be faithful to God while serving their country. If members find themselves in the military, whether by personal choice or conscription, the Church, through Adventist Chaplaincy Ministries, and other avenues tries to spiritually minister to them.

Seventh-day Adventists have maintained their historic witness in favor of peace and non-combatantcy throughout the 151 years of the church’s existenceand this position has not changed.  This position has not been hidden:  in the most public manner possible, church leaders periodically have called on world leaders to avoid conflicts and seek the Prince of Peace.  (See“To Save Life, Rather Than Take It”in the August 2018 issue of Adventist World).

Probably the best-known Seventh-day Adventist noncombatant soldier was Desmond Doss, who served as a medic in the United States Army during World War II. Doss is best known for saving the lives of 75 of his fellow soldiers during a fierce battle on the island of Okinawa.

This act of courage earned Desmond Doss the U.S. Congressional Medal of Honor. He was the first, and one of only three conscientious objectors, to ever receive this honor.

Another lesser known, but equally inspiring story is that of fourteen Seventh-day Adventist students drafted into the British army during World War I. The inspiring experience of these faithful yet persecuted young men who stood firm in observing the seventh-day Sabbath and in refusing to bear arms is told in the 28-minute film, “A Matter of Conscience: Adventist Heroes in World War I,” produced by Victor Hulbert, communication director of the Trans-European Division of the Seventh-day Adventist Church. Click here to read the article, “14 Soldiers in God’s Army”by Hulbert; click here to watch the film.

As Seventh-day Adventists, we need to be people of prayer.  While the world is engaged in battles that can be seen, many invisible but very real battles of the great controversy are going on every day. Satan and his angels are battling against each one of us striving to at last claim this world as their own.

“And God shall wipe away all tears from their eyes; and there shall be no more death, neither sorrow, nor crying, neither shall there be any more pain: for the former things are passed away” (Rev. 21:4).

Ted N.C. Wilson is president of the Seventh-day Adventist Church

Köhler will replace G. T. Ng as Executive Secretary and Douglas to

ADRA TL prepares to respond to families affected by the

Experienced missionary and administrator will leave his position on