The July 17, 2017 ruling was in favor of petitioner Denmark Valmores, who filed a case against Mindanao State University-College of Medicine(MSU-COM) Dean Dr. Cristina Achacoso and faculty member Dr. Giovannie Cabildo. The petition resulted from the respondents’ incessant denials of the petitioner’s religious rights and for their noncompliance to Section 5 of the Bill of Rights of the 1987 Philippine Constitution which states among others that ‘the free exercise and enjoyment of religious profession and worship, without discrimination or preference, shall forever be allowed.’

Valmores’ attorney Neil Abayon, an Adventist and Aangat Tayo (We will rise up!) Party List Representative, says that this development encourages the Adventist church to give greater value to religious freedom and that it solidifies Adventists’ identity as a people who observe the Lord’s day of rest. 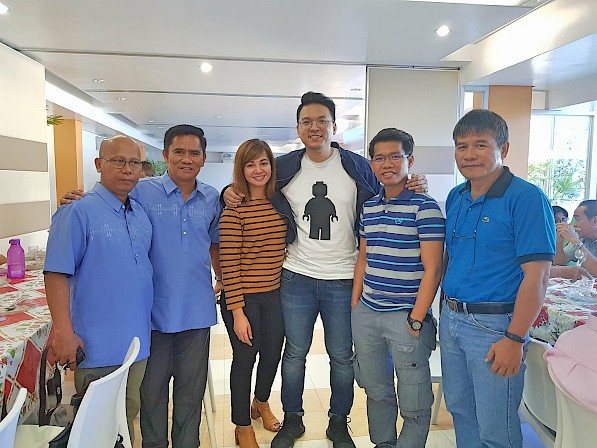 “The impact is very big considering one of the most used arguments against the SDA community when we ask for recognition of our religious freedom rights is "bakit si ganyan pumapasok naman ng Sabado,"(How come one of your Adventist friends goes to school on a Sabbath?) says Abayon, citing a common rebuttal to those seeking permission to be excused on a Sabbath. “In the Valmores case, that was clarified by the Supreme Court. That adherence to one's creed is the general rule and that a person cannot be penalized for the transgressions of another person's religious beliefs,” Abayon stresses.

The case started in 2014 when some of Valmores’ classes and examinations were moved to Saturday. On one occasion, Valmores failed to take his Histo-Pathology laboratory examination because it was scheduled on a Sabbath. With his conviction to observe the Lord’s day of rest, Valmores missed his examination. He then received a failing grade and was deemed ineligible to take any make up tests. In response, Valmores wrote the aforementioned dean and faculty member requesting for exemption from doing any class-related work on Saturdays while expressing his willingness to take a special examination. After sending several formal communications including sending a Certificate of Membership to the Seventh-day Adventist church signed by Pastor Hanani Nietes, Public Affairs and Religious Liberty(PARL) director of North Central Mindanao Conference(NCMC), Valmores received no answer.

This encouraged the aggrieved party to elevate the case and pursue assistance from the Commission on Higher Education(CHEd) through Chief Administrative Officer, Roque U. Agcorpa.

The issue was addressed accordingly and was referred directly to the MSU president, Dr. Macapado Abaton Muslim. In response, Dr. Muslim sent Dean Achacoso a copy of the 2010 CHEd Memorandum as her reference for the ongoing complaint raised by Valmores. Both Dr. Achacoso and Dr. Cabildo remained in silence after receiving the instruction. This silence urged Valmores to take legal action as his religious right was being suppressed and tested.

Four years after Valmores filed the case, the highest court in the Philippines released its decision in favor of the Adventist petitioner, stating that ‘educational institutions are bound to safeguard the religious freedom of their students. Thus, to such end, our schools carry the responsibility to restrict its own academic liberties, should they collide with constitutionally preferred rights.’

“…The Valmores case can be classified as a landmark case due to it being the first case questioning the Sabbath keeping faith of Seventh-day Adventists. Thus, [it]will most likely be discussed in law schools under the Constitutional Law 2 subject. So, in effect, the next generation of lawyers will be made aware of what Sabbath-keeping is about,” said Abayon.

Valmores is continuing his education in the same university while exercising freely his religious freedom.