Religious liberty has never been valued by people as much as those who live in countries where freedom doesn't exist or hardly felt. At the Festivals of Religious Freedom held at the Traders Hotel in Manila, January 23, and at the Adventist University of the Philippines (AUP), January 25, its significance became clear and understood as one that undergirds all other freedoms to be enjoyed by humankind.
Organized by the Seventh-day Adventist Church in northern Philippines (NPUC), the events were participated by church leaders and members and dignitaries from the government of the country and from other countries.
Dr. John Graz, director of Public Affairs and Religious Liberty of the world church of Seventh-day Adventists, headquartered in Maryland, USA, provided powerful insights on religious freedom around the world. He said that “Our quest for freedom, its defense and propagation, must be exercised at all cost, and this is for everybody, regardless of their beliefs.” 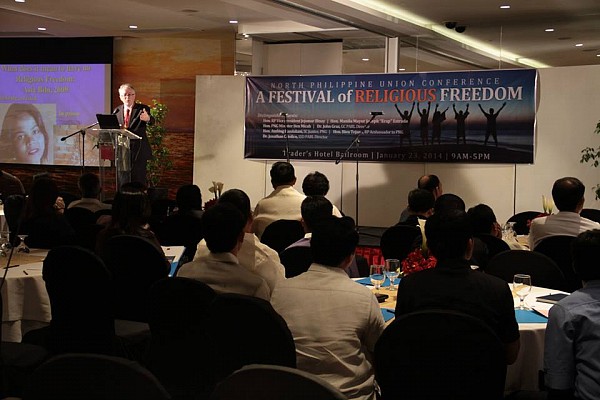 John Graz, PARL director for the world church headquartered in Maryland, USA, addresses Adventist leaders and some government officials in the Philippines in a hotel ballroom in Manila during a Festival of Religious Freedom, January 23 (Photo by NPUC Comm Dept).

"Religious tolerance builds stronger relationship between and among peoples of different faith groups—be they Muslims, Catholics, Buddhists, other religious denominations, even those who profess to have no religious affiliation at all," Dr Graz emphasized. “And this freedom includes one’s desire to change even his own beliefs and religious affiliations as enshrined in the Universal Declaration of Human Rights, Article 18.”
Graz was joined by political leaders from the Philippines and outside the country who also voiced their strong support and advocacy to religious freedom. Among these leaders were the Honorable Bienvenido Tejano, Ambassador of the Philippines to Papua New Guinea; Honorable Ben Micah, senior minister and cabinet member of Papua New Guinea; Congressman Harlin Cast Abayon, of the Philippine Congress; and various other dignitaries.
Ambassador Tejano, for his part, expounded the legislations made in the Philippine Congress that reinforced religious freedom in the country. This includes amendments to the Professional Regulatory Commission’s granting examinees when to take examinations at a schedule that does not counter with their religious beliefs, such as, either on weekdays (Monday to Friday) or weekends (Saturday and Sunday).  In so doing, Adventists who regard Saturdays their Sabbath rest can take their board examinations on weekdays rather than weekends.
Congressman Abayon, also reminded the delegates their role by standing true to their beliefs by practicing them, particularly on matters of Sabbaths or rest days.
Honorable Mayor Tom Tejano of Northern Samar reiterated his stand in the implementation of religious rights and freedom in providing leadership to the municipal government that he recently took over as Mayor even in the “midst of differences of beliefs.”
The Honorable Ben Micah expounded that Religious Freedom is a matter of conscience and faith, and that conformity to dominant religions is not the answer to gaining religious liberty. He added that there is really a strong need to protect this individual right and freedom of conscience through which everyone can openly express their belief in GOD.
The event had also a panel of five legal practitioners from both government and private sectors. The subject discussed was on the separation of church and state. Facilitated by Dr Nestor Rilloma, a professor at MSH College in Pasay and former president of Northern Luzon Adventist College, the panel included the Honorable Judge Francisco Mendiola of Pasay City Regional Trial Court; Atty. Chito Castillo of the Legal Department of the Adventist University of the Philippines; Atty. Rex Rosas, legal services director of the regional office of the Seventh-day Adventists in southern Asia-Pacific (SSD); Atty. Randel Ty, a practicing lawyer; Atty. Gizelle Lou Cabahug-Fugozo; also a practicing lawyer. During the panel discussion, questions from the floor were entertained and satisfactorily answered.
The event at the Philippine International Church at AUP created an impact to those who attended the one-day affair as participants realize the significance of religious freedom to their lives and see the importance of defending it at all cost.
“We are encouraged to practice this freedom and compelled to live this privilege given to us by God and the State,” was an overwhelming comment from the participants.
Different people may have different perceptions on religious freedom. However, all of them have only one goal, and that is to exercise that liberty.
After the events in northern Philippines, Dr Graz together with his counterpart in the region, Dr Jonathan Catolico, left for southern Philippines to participate in several events on public affairs and religious liberty.  [Violaine Sauro/AND] 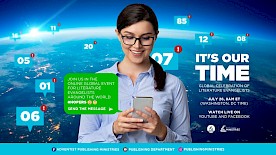 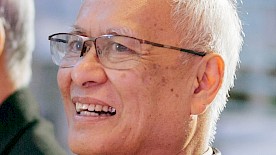 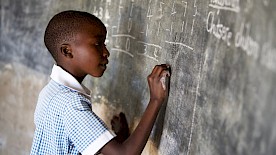 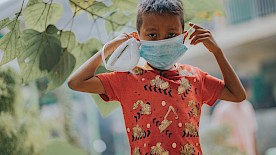