Flash floods and mudslides resulting from torrential rains which started Saturday evening, destroyed millions of properties and left over 50 people dead and over 70 people badly injured in the Northeastern town of Sentani near the provincial capital of Jayapura.

Authorities expect the death toll to rise as search and rescue efforts are s till on-going as of writing. Emergency response teams are having difficulty reaching the locals especially those in areas submerged in neck-high water and mud. The flash floods and mudslides left bridges and major roads destroyed making it more difficult to reach hard-hit areas. 4,150 locals are currently in evacuation areas according to local reports.

The Adventist church in Papua is not exempt from the devastations brought about by the natural calamity. The Adventist Aviation Indonesia (AAI), a service institution owned and operated by the Seventh-day Adventist Church in Indonesia, whose role is to provide aviation transportation, communications, and logistical support for front-line missions of the church and the Papua Adventist Academy are reported to be immensely devastated by this disaster.

“Everyone staying in the campus are all safe including our families. But it is unlikely for thousands of people who were washed out during the flood,” according to an email reported by Darron Boyd, Evangelism Coordinator of the Adventist church in Papua.

“One of our mechanics for AAI is having surgery. He broke a leg while trying to escape the surge. He had severe cuts on his leg as well,” Boyd added.

Despite the disastrous flooding, Gary Roberts, Adventist pilot for AAI reported that all AAI staff are safe.

“The new hangar was flooded, but it is still standing. The airplane inside is also safe.” Roberts added. “The PK-TCA (AAI’s new plane) is with me in Yahukimo during the weekend sparing it from the flash flood’s devastation.”

Roberts added that two staff houses of AAI are completely gone, and that other things inside the hangar are badly damaged. One aircraft belonging to Cendrawasih Air that was in AAI’s old hangar for maintenancewas washed away to the main road.

The Adventist church in the Southern Asia-Pacific region solicits your prayers particularly for the affected families, and for the church’s work which is greatly impacted by this calamity. The Adventist Development and Relief Agency (ADRA) in Indonesia is the area to assess the situation. It is working closely with local government units in Papua to identify the primary necessities that the agency may provide to the affected communities.

Local government officials reported that flood waters have subsided, residents, however, are warned against leaving the evacuation areas because fallen trees and huge rocks are obstructing roads and bridges.

In Doyo, a community 7.2 kilometers away from Sentani, huge rocks rolled down from nearby mountain damaging a housing complex. Uprooted trees and boulders are scattered across muddy roads making transportation a huge challenge to emergency response teams. Power and communication lines are still down resulting incommunication hurdles.

Should you wish to extend help to families affected by this calamity please contact ADRA Indonesia office at adraindonesia.org.

Indonesia is a country located within the Pacific Ring of Fire. An archipelago with 17,000 islands, Indonesia is considered as one of the most disaster-prone nations on Earth. 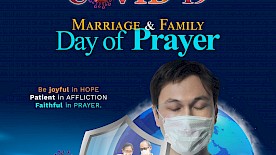 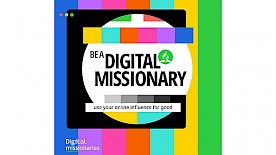 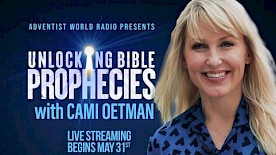