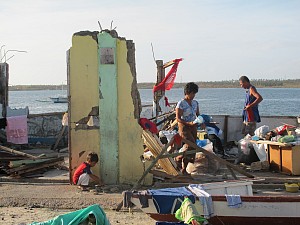 A family sifts through what is left of their home after super-typhoon Yoland hit Northern Cebu (Photo Credit: Moises Musico)

The country of the Philippines continues to be a place of tragedy. After the recent 7.2 magnitude earthquake that claimed an estimated 1200 lives on the island of Bohol in October, super-typhoon Haiyan (local name Yolanda) swept through the Visayas region in the central portion of the country on November 8. With 9.8 million residents affected and a possible estimate of 10,000 dead, Yolanda devastated the area with its deluge of rain, high winds and massive waves that swept inland. In addition, a moderate 4.8 earthquake occurred in the same area as last month’s earthquake and some 40 miles south of the typhoon-hit area on November 12.

In the aftermath of super-typhoon Yolanda, most of the media attention is centered on Tacloban, the worst-hit city in the island of Leyte. The damage and destruction in this city is indescribable. With no food or water, desperate survivors broke into shopping malls and stores. Looting became rampant. In response, Benigno Aquino III, president of the Philippines, deployed national military personnel to the area to re-establish a sense of order. After appealing for international assistance, the country will also utilize United States military personnel who have just been deployed to the area.

While international attention remains on Tacloban, local Adventist groups and individuals are not only assisting there but in other stricken areas. Cindy Bankhead, ADRA Philippines interim director, said that water, sanitation and hygiene (WASH) kits are a priority need for those affected in the entire region. Moises Musico, ADRA Philippines emergency coordinator, reports that northern Cebu survivors lack shelter and are concerned about the potential effects of tropical depression Zoraida which is due to move into the area this week. 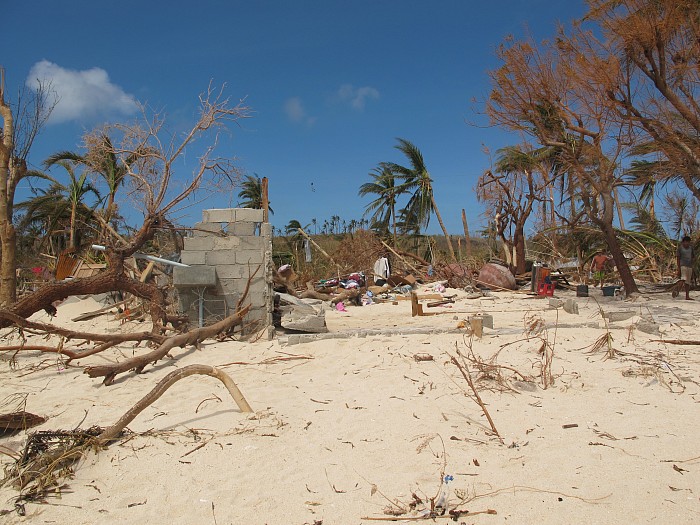 “The number one priority is emergency shelter, like tarpaulins and tents,” explained Musico. “The next priority is food, because most of their livelihood and source of income are totally damaged. Lighting like solar lamps, flash lights, candles, or emergency lights with batteries are also badly needed at night because most of the electric posts collapsed.”

In the area surrounding Tacloban, Adventist individuals are assisting on islands such as Panay, Samar and north Palawan that also sustained extensive damage. Wendy Harris of Philippine Adventist Medical Aviation Services (PAMAS) and Gospel Ministries International (GMI) reports that PAMAS and GMI helped government officials from the local social welfare department bring relief goods to this unreached area via PAMAS aircraft over the weekend. Harris is part of an Adventist team that is surveying the damage islands in north Panay that are less served at this point due to the needs on Tacloban. 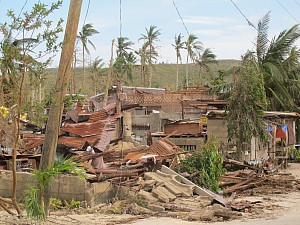 In terms of Adventist institutions, the Adventist hospital in Calbayog, Samar Province sustained some typhoon damage but remains open to serve the medical needs of the community. As families continue to bring deceased relatives there, it is also functioning as a temporary morgue. Dodong Torniado, president of the Calbayog Adventist Sanitarium, was in Tacloban to verify specific on-site medical needs. He expressed the urgent need of embalmers as corpses need to be processed immediately to prevent further spread of typhoon-related diseases such as leptospirosis. Leptospirosis is an infection transmitted from animals to people via water contaminated by animal fluids. Supplies such as tetanus toxoid shots to control prevailing cases of infection and antibiotics to treat the leptospirosis problem are needed.

Due to the devastation, communication in the affected region continues to be challenging but reports via shared texts and Facebook are coming in that many Adventist workers are safe and busy coordinating relief aid and donations. Southern Asia-Pacific Division President Alberto C. Gulfan, Jr. emphasizes that no loss of life among denominational employees has yet been reported but sadly notes that a number of members remain missing, including a retired publishing director and his wife, and the child of a hospital administrator. Reports of property damage include 11 Adventist churches in Central Visayan Conference which are either badly damaged or destroyed, along with three additional churches on Vanityas Island that were completely destroyed.  In spite of significant damage, the headquarters of the East Visayan Conference (EVC) remains standing; however, the adjacent elementary school and guest houses were washed away in the tidal surge.

In a Facebook post, church member Douren Espina described the situation at the EVC headquarters. “When a big wave hit the island, it flooded the conference office to the ceiling of the 2nd floor, submerged the church and the school and flattened the compound,” she wrote. “Some who sought …shelter at the office building were (among those) spared.”

While attending the year-end meetings at the Adventist regional headquarters in the southern Asia-pacific (SSD) in the Philippines this past week, world church president Ted Wilson shared that he was sobered by the news from the central Philippines “where the tragic typhoon has hit islands like Leyte. Let the Lord use the Adventist people, ADRA and other agencies to help those who are affected. We would like to appeal to the people in central Philippines to hope and look forward to the Promised Land (heaven).” 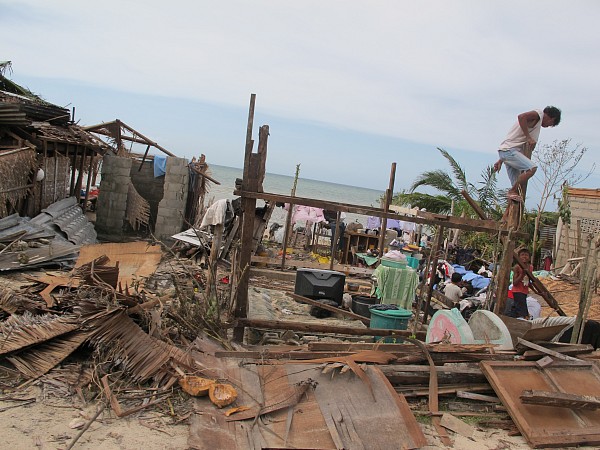 Pastor Wilson is joined by millions of Adventists worldwide praying for the safety and recovery of the people in central Philippines. With potential storms looming in the future, Adventist volunteers and agencies continue to deliver goods and offer medical assistance in an attempt to restore stability and give hope to those in the affected areas.

For inquiries or for those who desire to help, please contact ADRA Philippines office at +63 46 4142464 or +63 46 4140146. For the most current updates regarding Adventist relief work, go to www.facebook.com/adraph 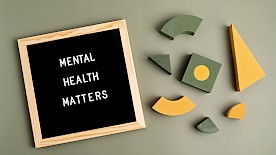 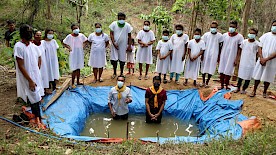 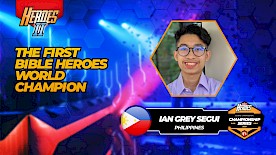 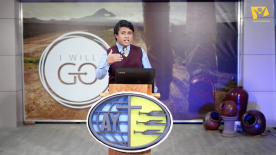